It's easy to synchronize animations in Articulate Storyline. In this tutorial, we'll look at three ways to sync entrance and exit animations. (To learn how to sync motion path animations, see this tutorial.)

Manually Adjusting the Timing and Duration of Objects

One way to sync entrance animations is to change the timing of objects manually. Just drag objects left or right along the timeline to adjust when they appear (or animate in). 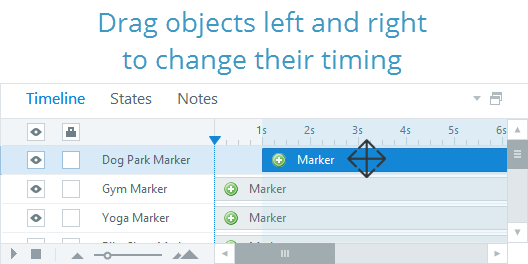 To sync exit animations, just change the duration of objects. Drag the right edge of an object along the timeline to adjust when it disappears (or animates out). 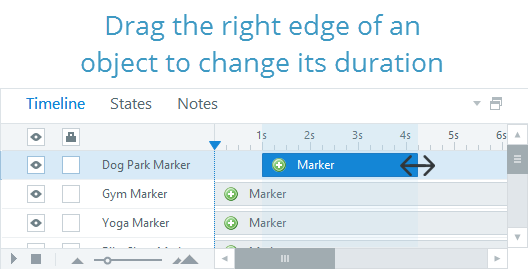 When you right-click an object on the timeline, you'll see additional options for managing timing and duration: 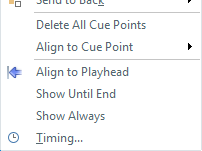 Using the Playhead to Sync Animations

Perhaps the quickest and easiest way to synchronize animations is to use the Align to Playhead feature. Here's how:

Another way to sync animations is to use cue points. Cue points let you precisely align objects on the timeline.

First, you'll need to place cue points on the timeline where you want animations to occur (see details below). Then, right-click each object on the timeline, scroll to Align to Cue Point, and choose a cue point.

Here's how to add, delete, and move cue points on the timeline: