Previously, variables (except slide numbers) were displayed as the variable name enclosed in percent signs (e.g., %Results.ScorePercent%) on the slide stage. Long variable names made it hard to design a slide the way you wanted it to appear.

As of the February 2022 update, all variables display their default value in a yellow box or placeholder instead, resulting in a more precise view of how they'll look in the published output. The yellow box itself only appears on the slide stage so variables are easy to distinguish from other slide elements; it won't show when you preview or publish.

Check out these before-and-after screenshots. (Click the images to enlarge them.)

To see dynamic variable placeholders in action, just install the February 2022 update or later and insert any variable reference. It's that easy! 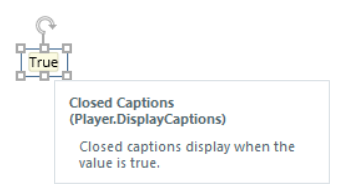