Create unique interactions and give learners new ways to navigate by using triggers that jump to different times or cue points on the timeline. For example, you might give learners a list of topics covered in a video, and then use jump-to-time triggers to go directly to the point where each topic begins.

Jump-to-time triggers are fun to use and easy to create. Follow these simple steps.

Create a new trigger and select the Jump to time / cue point action. 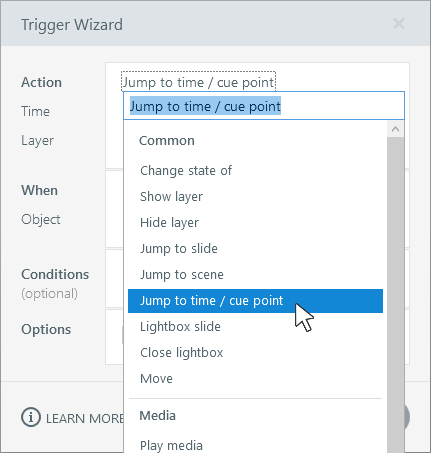 Decide where you want to jump. You can jump to: 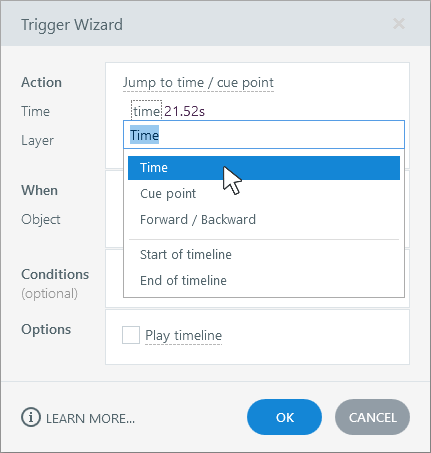 By default, the trigger controls the timeline of the current layer. However, you can control any visible layer on the slide.

Each layer has its own, independent timeline, so if you want to control more than one timeline simultaneously, you need to create a jump-to-time trigger for each layer.

Note that jump-to-time triggers can only affect visible layers. If you're targeting another layer, make sure it’s visible when the trigger fires. 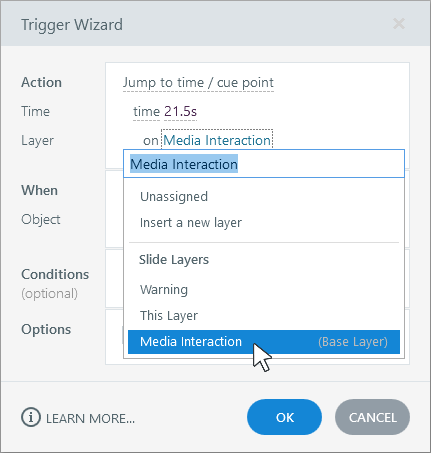 Step 4: Decide When the Trigger Fires

Choose the event that executes your jump-to-time trigger—for example, when the user clicks a button. 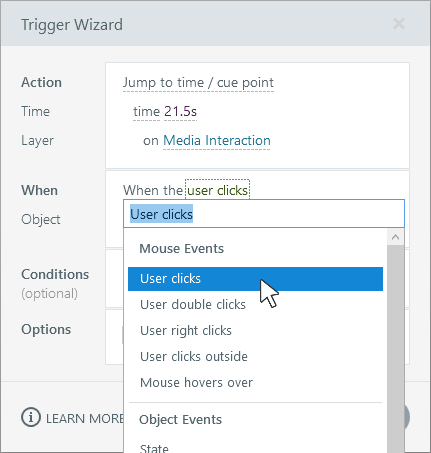 Finally, decide what you want to happen to the timeline after jumping to the new position. You have three options. 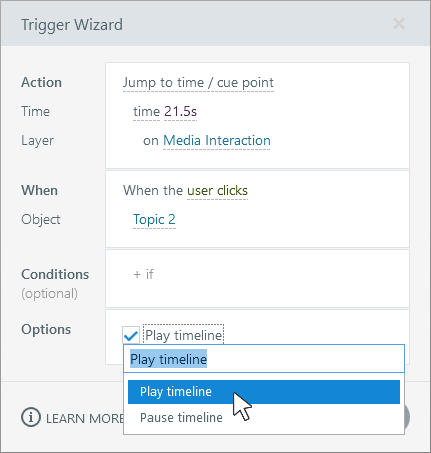 Want to see jump-to-time triggers in action? Check out this example. It uses triggers to jump to topic bookmarks in a video. There are also custom buttons that jump backward and forward 10 seconds at a time.

If you'd like to explore the project file to see how the triggers are set up, click the download link in the upper right corner of the interaction. 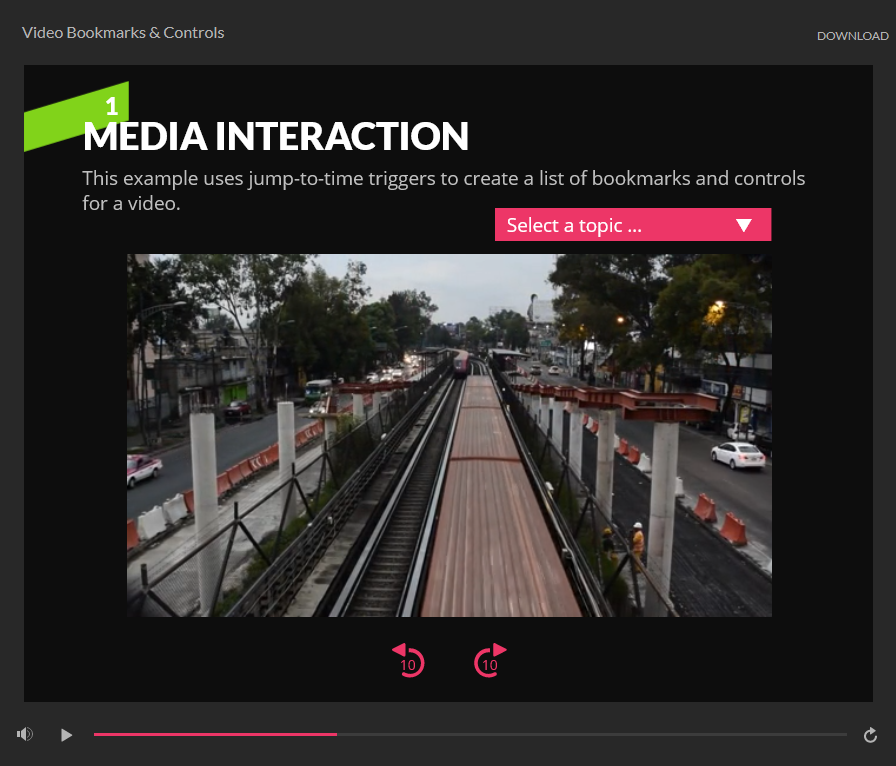 Pro Tip: There’s a hotspot covering the video to keep it synchronized with the seekbar.

Since Adobe is discontinuing Flash at the end of 2020, we’re no longer developing new Storyline 360 features for Flash output. New features, such as the jump-to-time trigger, are only supported in HTML5 output, which works perfectly in all major browsers on desktop computers and mobile devices.

The publish dialog lets you know if your project has any HTML5-only features, and if so, you won't have the option to publish Flash output.

Use the New Trigger Workflow

Jump-to-time triggers are exclusive to the new trigger workflow in Storyline 360 builds 3.38.21779.0 and later. They're not compatible with the classic workflow.

If you're using the classic workflow and you try to open a project file that has jump-to-time triggers, Storyline 360 gives you the opportunity to switch to the new trigger workflow, as shown here. 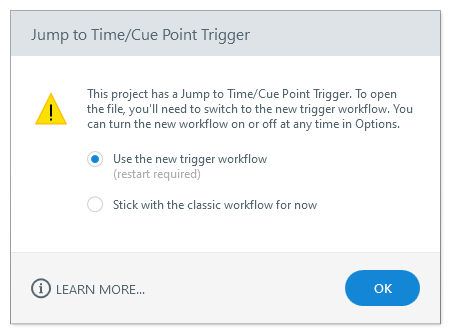