We’re on a journey to make Storyline 360 courses more accessible so all learners have a compelling experience. When you use the modern player style in Storyline 360 builds 3.40.22208.0 and later, learners can use the zoom settings in desktop browsers to make slides bigger and easier to see.

The modern player is responsive, which is why your courses look great on every device. By default, your slide content automatically scales to fill all the available space in web browsers, giving learners the best experience whether they’re using a desktop computer, tablet, or smartphone.

Modern player zoom, on the other hand, allows learners to take control of how the content scales in desktop browsers so they can zoom in as much as they want.

Here’s how it works. Learners can toggle between the default zoom behavior and modern player zoom simply by pressing Ctrl+Alt+Z on their keyboard. After switching to modern player zoom, the slide content no longer scales to fill the available space in the browser. Rather, slides return to the size you defined in Storyline 360 (e.g., 720 x 540). Learners can then use their browser zoom controls to make the player frame and slide content bigger. If learners zoom in far enough, vertical and/or horizontal scroll bars will appear around slides.

Why We Built Modern Player Zoom

Web Content Accessibility Guidelines (WCAG) criterion 1.4.4 requires that content scale up to 200% using browser zoom controls without the need for assistive technologies, such as screen magnifiers. This ability empowers low-vision users to use the zoom controls in their browsers to enlarge content so it’s easier to see. And it’s why we added zoom support to the modern player on desktop computers.

Note that the modern player has always supported pinch-to-zoom features on mobile devices, and the classic player supports zooming content on all devices. The only scenario where Storyline 360 had a gap in zoom support was the modern player on desktop computers. We added modern player zoom to fill that gap. 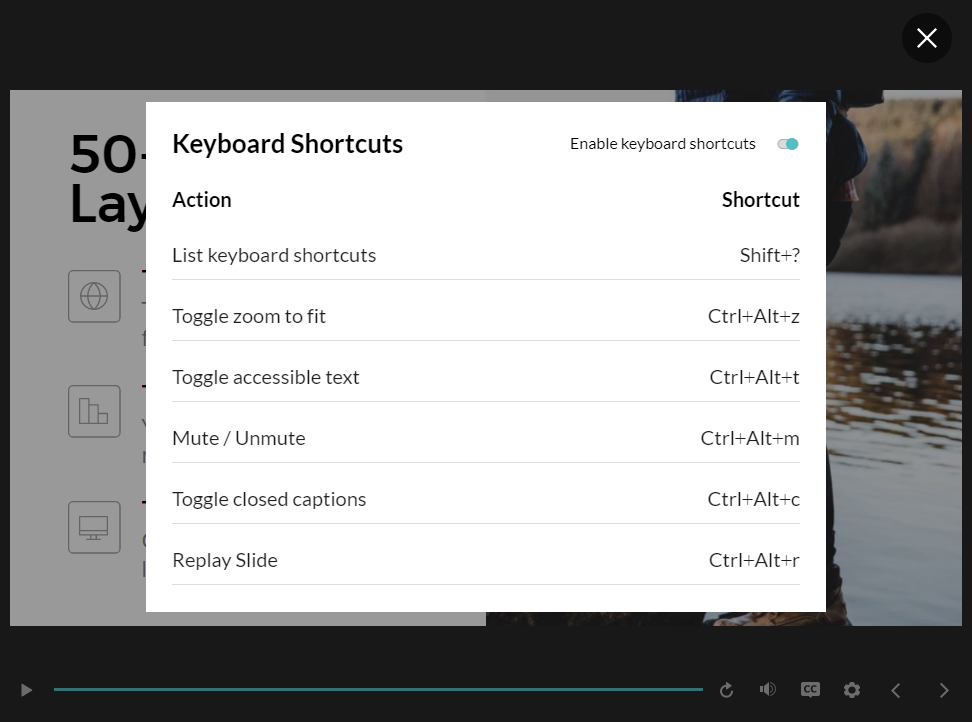