Quickly create conditional triggers with alternative actions in Storyline 360. Instead of needing multiple triggers, define two actions for a single trigger and use conditions to determine which action executes. For example, you could add two layers to a slide that display different tips depending on learner input. Then, use the "else" action to decide which tip learners encounter based on the value of a variable.

After adding one or more conditions to a trigger, you can add an optional "else" action. Here's how. In the trigger wizard, click + Add Else, as shown below. Storyline 360 automatically adds a default action based on the main action. Click the default Else action to change it to a different one if you'd like. 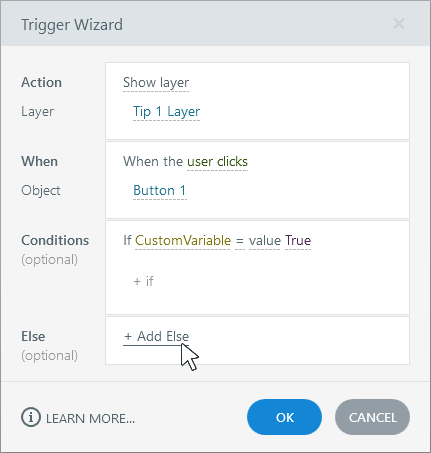 Want to see conditional trigger enhancements in action? Check out this example. It uses the "else" action to determine if learners can progress to the next slide. To do so, learners must view all four tabs. Otherwise, learners see a message telling them what to do to move forward. 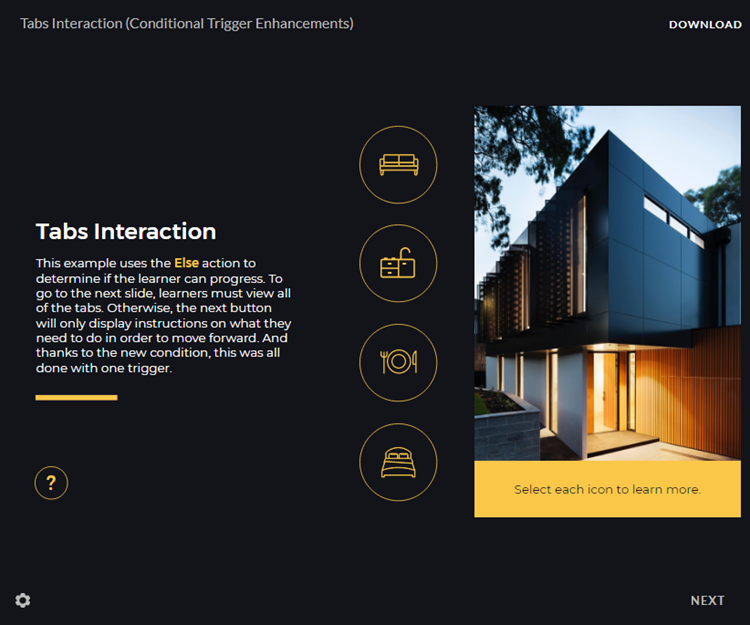 Want to explore the project file to see how the trigger is set up? Click the download link in the upper-right corner of the interaction.

Alternative actions are exclusive to the November 2022 update and later for Storyline 360. Project files with these enhancements won't open in Storyline 3 or earlier versions of Storyline 360. To restore compatibility, delete the "else" action.