Triggers perform actions at specified times. They're key to building interactivity in Articulate Storyline courses, and we've made them super easy to use.

A trigger has three main elements:

The Trigger Wizard will open and guide you through the process of selecting an action, object, and timing. For example, let's say you want to show a layer when the learner clicks a button. The trigger settings would look something like this: 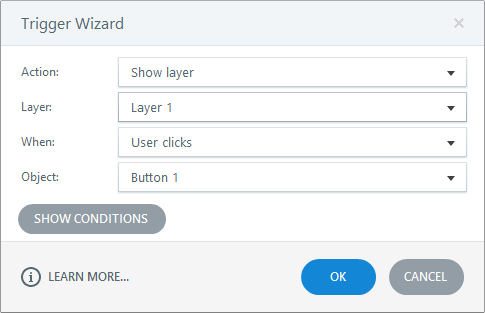 There are four locations where triggers can be applied (or four categories of triggers). They're generally defined by the When parameter in the Trigger Wizard. 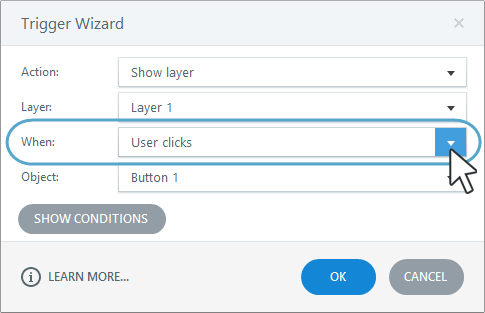 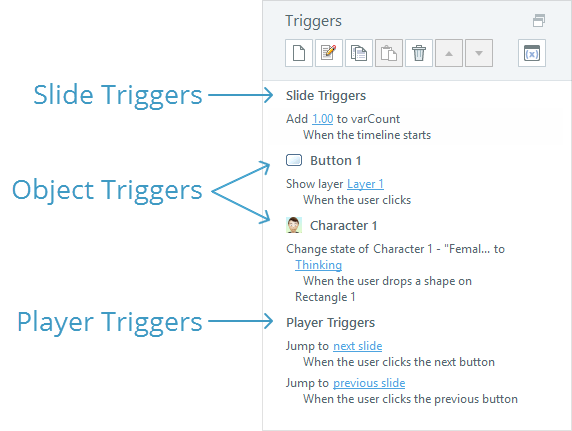 If you want a trigger to occur only when certain criteria are met, you can add one or more conditions to it. Click Show Conditions in the lower left corner of the Trigger Wizard. 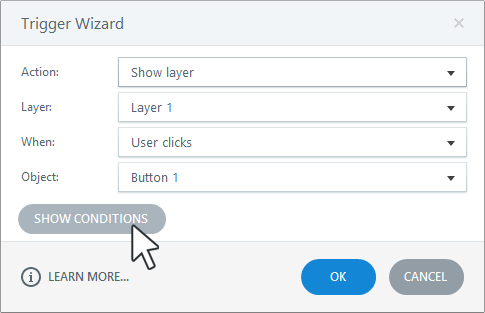 Then, use the buttons in the lower right corner to Add, Edit, and Delete conditions. 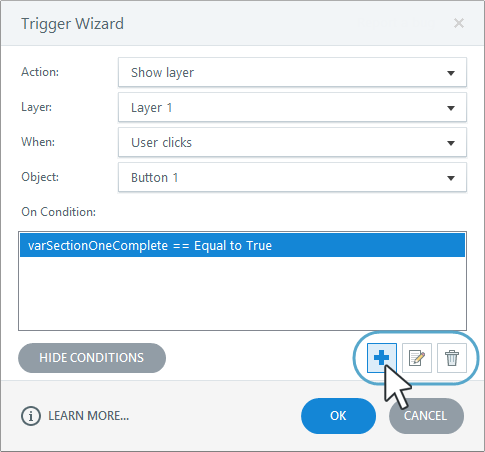 Tip: Triggers and conditions are often dependent on variables. To learn how to use variables in Storyline, see this tutorial.

To edit an existing trigger, do any of the following:

When you're working with a lot of triggers, it's often faster to copy and paste them from one object to another, then make any necessary adjustments to the new triggers.

Another way to copy and paste triggers is to duplicate (Ctrl+D) an object that already has the triggers you want. This is helpful when you've customized an object and you want several variations of it. For example, let's say you need several buttons that look the same and perform similar actions.

To delete a trigger, select it in the Triggers panel and do any of the following: 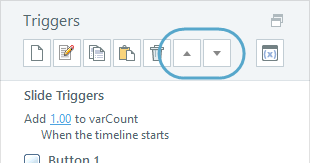