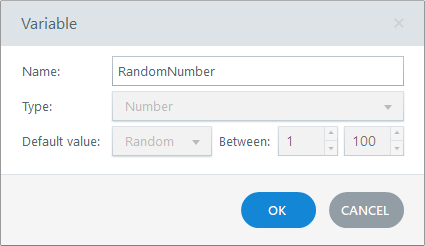 And you can’t edit the value for triggers that adjust random number variables. The range is grayed-out as shown below. (You can edit when a trigger occurs, such as when learners click a button.) 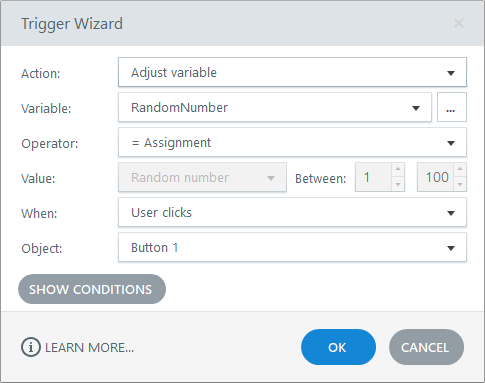 To edit random number variables or create new ones, open the project file in Storyline 360, which is the latest version of Storyline and part of Articulate 360.