Starting with the December 2020 update, the Storyline 360 player controls are more intuitive and more accessible than ever, giving learners a familiar web experience and allowing authors to reach a wider audience. We owe you, our community of course creators, a debt of gratitude for sharing your feedback and insights with us. The following enhancements are the result of your input.

We rearranged the player controls visually so they follow a logical order similar to popular video-streaming sites where the play/pause button and seekbar come first. Check out these before-and-after screenshots of the desktop and mobile players. (Click the images to enlarge them.)

Keyboard navigation now moves intuitively from left to right through the player controls. While the previous right-to-left sequence gave learners quick access to the Next button, it wasn't a typical web experience for keyboard users. Now learners know what to expect, even if they've never taken a Storyline 360 course before.

Pro Tip: When you use a right-to-left language, such as Arabic or Hebrew, the order of the player controls reverses, and keyboard navigation moves from right to left as expected.

Keyboard shortcuts benefit everyone, especially screen reader users and learners with motor disabilities, so we added shortcuts for the following actions. They work no matter where the keyboard focus is currently located in the course.

Learners can press Shift+? at any time to see a list of keyboard shortcuts. There are three options for closing the shortcuts screen: press Shift+? again, press ESC, or click the X in the upper right corner. 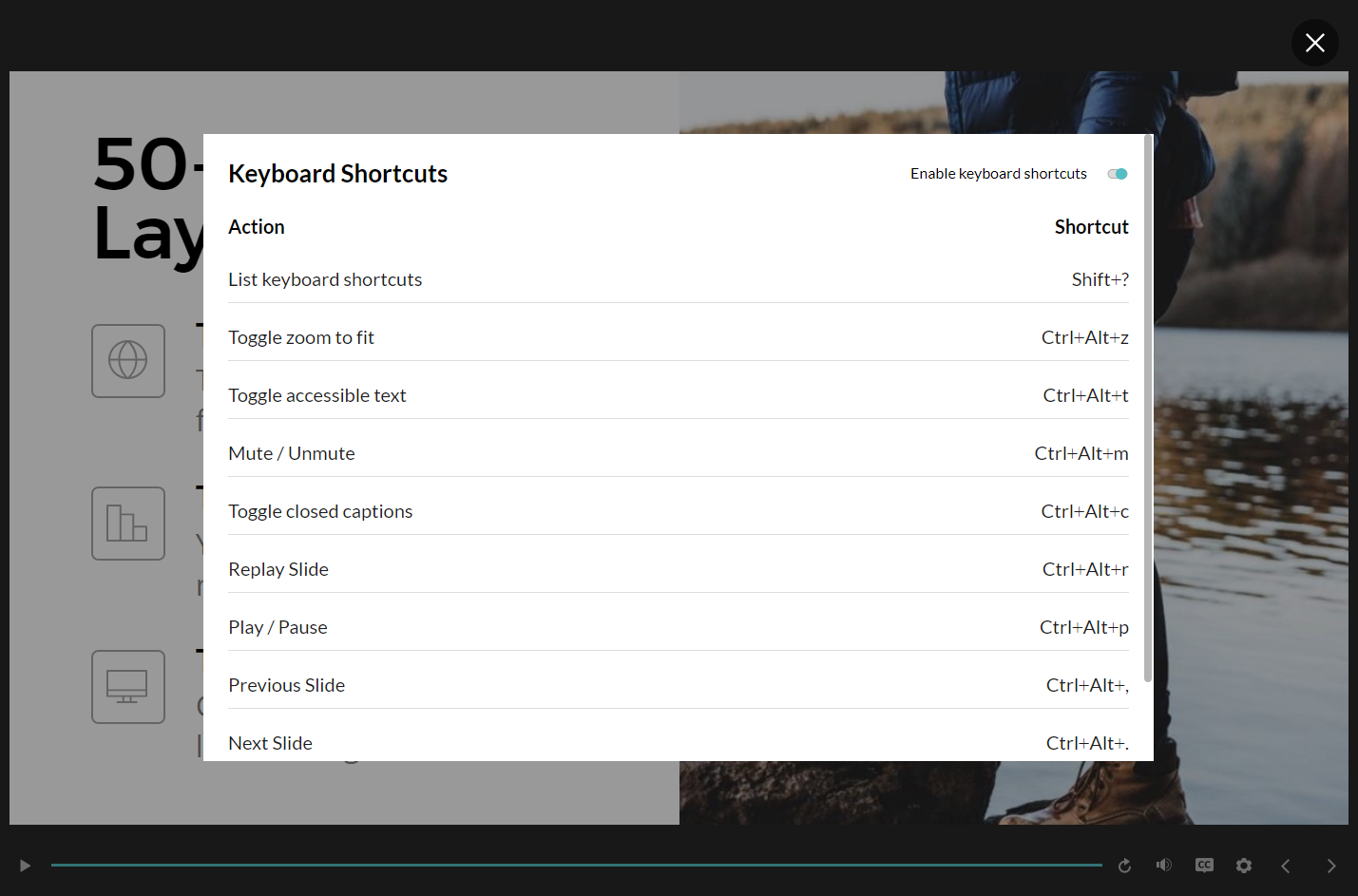 We added a brand new gear icon to the player that lets learners customize their learning experience according to their preferences. When you enable the new Accessibility controls menu in your player properties, learners can change the zoom mode in the modern player, turn accessible text on or off, and toggle keyboard shortcuts. Learn more about the new accessibility controls.

Storyline 3 doesn't have enhanced player controls yet. However, you can open the same project file in both Storyline 360 and Storyline 3 interchangeably, even if you enable the new accessibility controls. Storyline 3 won't display the new gear icon, change the order of the player controls, or respond to keyboard shortcuts.